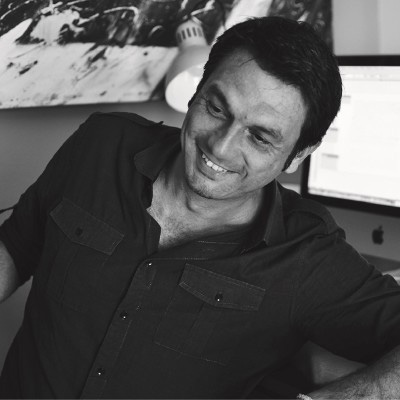 Andrea Sangalli was born in Vaprio d’Adda (Milan) in 1974.

His professional training in graphic design brings him to elaborate an original and expressive stylistic signature, that has became a registered trademark for its art.

His works have as main characters objects or situations that are evident metaphors of a life that offers a merely apparent freedom.

Irony is ensured by the estrangement, effect of the sequence of the subjects – among them the now well-known fish – that seem apparently alive and, instead, they prove to be unable to take action. The titles lead the viewer to the comprehension of the thematic elements.

During his career he has exhibited in Monte Carlo, Lugano, Florence, Bologna, Verona and Paris. He boasts many collaborations in the creative field and he loves linking his subjects to anyone who’s interested in a respectful approach to art. He lives and works in Pozzo d’Adda (Milan).

This website uses cookies to improve your experience while you navigate through the website. Out of these, the cookies that are categorized as necessary are stored on your browser as they are essential for the working of basic functionalities of the website. We also use third-party cookies that help us analyze and understand how you use this website. These cookies will be stored in your browser only with your consent. You also have the option to opt-out of these cookies. But opting out of some of these cookies may affect your browsing experience.
SAVE & ACCEPT